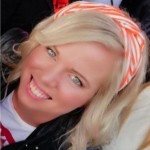 I’ve been bullied from an early age. I was excluded more often then I was included by other children. This created for me feelings of not being good enough, not being seen and not being heard. I learned that I had to submit – adapt to what makes another person happy. Because then I was not rejected and I had the feeling that my existence was accepted. Now I have transformed these feelings: I have made this stressing point my source of power and I know why I chose to be born in this world.

My story: from stressing point to source of power

I never learned that I could take my space or how to do that. Because of this, I lacked the courage to stay true to my own inner compass. Tensions and unexpressed feelings – caused by bullying – accumulated in me and my body. Entangled in the world of the third dimension, where ego reigns supreme and fear is normal, I unconsciously became increasingly distant – separated – from my real Self. Until I was 21, the event occurred that was the last straw that broke the camel’s back. My awakening process on the path of spiritual consciousness had begun. And there was no going back.

From carefree to burdened

It was Saturday, a beautiful summer day and therefore an ideal festival day. Voltt Loves Summer Festival was on top of my schedule that day. Together with my dear friend Lisa. Not knowing that this day was going to be a drastic turnaround in not only our lives, but many lives.

September 4th, 2013 Lisa passed away from water poisoning. Created by the MDMA that we both took that Saturday. With the idea of ​​having a nice day without worries. However, that one day we expected to be without worries; became years of worry, guilt, shame and unhappiness. Also known as a sense of separateness.

From one day to the next I lost all faith in myself, humanity and the universe. It was one big jumble of uncertainty, fear and doubt in my head. Afraid of the confrontation, I started to hide my feelings by numbing them with external factors and causes. I made sure I always had something to do so I wouldn’t have to look my hurt self in the eye. However, there was no escape. The unwelcome emotions kept pushing against my wall of resistance. Perpetually a little bit more powerful. Until the day they squashed it over.

I felt that this could no longer continue. Something had to be done. I decided to seek help. So I ended up with a psychologist who was specialized in bereavement. She helped me to put things back into perspective. After 10 sessions I felt lighter and happier. I could handle life again and participate in it again – in full surrender. Not really aware that I still had a lot to solve for and with myself. But unconsciously I did lead myself there.

I started to study spiritual topics and I started to keep a journal. I found that the spiritual information resonated with me and that writing helped me put things into perspective. But I still struggled to implement it in my life and stay completely true to it. Something was missing. But what that was exactly and how I could embody it, no clue.

I did feel that I was on the right track and was getting closer. For example, I joined yoga center Sekoya where I started practicing restorative yoga and I started as a project manager at the online magazine Holistik. Both initiatives where spirituality, consciousness development and self-love are paramount. Thus my soft side – my femininity – came out more and more and I allowed her to be present.

The beauty of Synchronicity

I also came into contact with Helen Poolman through Holistik. She had sent an email in which she introduced herself as a colour therapist and offered a free introductory session. My interest was aroused and I went for a consultation. After the consultation I felt reborn. On the way there I got a pointy head of every kind of music I tried to listen to, on the way back it sounded as never before again!

Impressed as I was, I decided to start the Aura-Soma course. A color therapist training that offers depth into everyone’s path of consciousness development. The training started the day after, given by Helen. Talking about synchronicity!

Getting in touch with this form of therapy felt like my many years of prayers were finally being heard. My study background is namely in Applied Psychology. However, at the time I never found the connection with the profession as I had now experienced.

In this period I also started to live with the energy of the moon and the planets, I started reading the book ‘The universe has you back’ by Gabby Bernstein and I started to delve even more into and connect with my femininity. What I have achieved in less than a year because of this, I can still not always comprehend.

Helen helped me free myself from what I was still suffering from: shame, guilt, anger and the pain that lay beneath it. All linked to all the bullying as well as the event that triggered my awakening process: Lisa’s death.

This process was and is not always easy, nevertheless it is more than worth it to me. I have come home to myself and now live a life that resonates with me on a soul level. For example, I started Fearlessly Feminine and I entered into a partnership with The School of Light. Helen founded this school to provide self-confident women with a beacon during their transition period between old and new belief systems.

Above all, I feel free to be who I am, without depending on external sources. I have found what I was still missing: the connection with my heart. That’s pure gold!

Mon Feb 8 , 2021
The Spiritual dimension indicates the path that is taken by everyone who wishes to stand in life as a free, original and whole person. It […]